Winter Solstice/Full Moon in Cancer for 2018

Note: how Astrology individually affects us depends on the placement of planets in our birth chart. These blog posts assume a harmonious or non-complicated interaction between the transiting planets and a birth chart. To learn about your specific chart, I encourage you to book a session with me. Also, this article was written for the Northern Hemisphere.

In some Pagan traditions, the Winter Solstice is heralded as the rebirth of the light (and the God), and it can be a time for being reborn within ourselves. This is a powerful opportunity, aided by a supportive Mars/Pluto transit, to reflect on the past year (i.e. what worked well and what didn’t, what we learned, etc.) and subsequently initiate new intentions as the Sun moves into the pragmatic and capable sign of Capricorn on the Solstice, which helps us actualize our intentions on the physical plane. That said, this initiation can also be subtle because while this Solstice marks the pivot from the inward, Yin half of the year to the outward, Yang half, we’re still deep in Winter and months away from the first growth of the new year. There’s plenty of time for our intentions to percolate down from the other planes, with ample opportunity to amend them if necessary.

The Full Moon in Cancer the following day is a potent occasion for bringing a matter to completion, particularly one that connects with us emotionally in terms of relationships, family, and making peace with the past. The healing energy of Cancer can facilitate moving forward in a grief process, or otherwise releasing some type of painful experience to the care of the moon. We may find greater clarity and closure under the Moon’s light, a deeper understanding that helps us heal.

This Full Moon can also be a time for illuminating the shadowy and unseen parts of ourselves, the unconscious, or otherwise bringing to light things we don’t see during the day, figuratively speaking. We may find ourselves extra emotional during this Full Moon, especially in ways that feel vulnerable or stirring of sentimentality or nostalgia. The Full Moon in Cancer is a powerful time for looking within and trying to understand our feelings, as well as processing our emotions in general. It’s also a dreamy and imaginative time, and one of the peak moments for our intuition throughout the year.

Also, in my and many others’ opinion, the Full Moon is really in effect for three days – the day before, of, and after the actual Full Moon – so there will be Full Moon energy on the Solstice itself. That said, the Full Moon will be in Gemini until the day of the Full Moon proper, so it’ll have a different effect on the Solstice. There could be a more mental texture to it, one of information processing that facilitates reflecting on this past year. 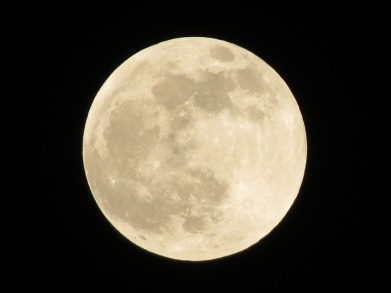 From the 20th through the 30th, there’s a conjunction between Jupiter and Mercury that squares Neptune in Pisces. This can be a time of adventurous thinking and bold, deep philosophizing, clarifying our deeper perspectives on life. At the same time, the tension between Mercury/Jupiter and Neptune can indicate a difficulty getting in touch with our intuition, or a feeling of miscommunication between our intuition and intellect. This should be mitigated during the Full Moon in Cancer. Otherwise, Neptune can also distort Mercury’s clarity, fogging things up a bit. We may struggle some with communicating the new ideas that are coming to us (or in general), or feel a sense of “brain fog” at times.

From the 14th through the 30th, we have an opportunity to deeply connect with others in relationship, to have the sense that Karmic or cosmic waves are at work within our relational life. This holds for sex too. During this transit, there’s an opportunity to have mind-blowing sex, the kind of soul stirring, ego-obliterating, transcendental sex that awakens us to our inner divinity.

This can also be a powerful time to gain deeper insights into our relationships as they connect with our overall life path (or path between several lives). We may have vivid dreams that bear on our relationships, or feel inspired to create rich, profound art. Relatedly, we may feel extra affected by the arts, particularly after the Moon enters Cancer. The Moon will eventually interlace with this trine for a grand swell of emotionality on the 23rd/24th. This may help with the emotional release and resolution (or simply deepening of process) mentioned above.

I drew a Tarot card for the Solstice/Full Moon and pulled the Seven of Cups reversed. This card, which aligns well with the aforementioned astrological material, can indicate a clarification of purpose: rather than being lost (or overwhelmed) in the many options before us, we laser in on what we want to do next. As we do this, the path to making these things happen – or at least our next step toward that – becomes clear. This card can be a call to think about options with discernment, but also to trust that clarity is on the way.

Solstice and Full Moon Ritual of Initiation and Release

Here’s a way to harness the energy of the Solstice and Full Moon. Before the Solstice, take a piece of paper and draw a line down the middle of it. On one half of the paper, write “to begin,” and on the other half, write, “to leave behind.” On the “begin” half, list things you want to begin or nurture in the new year. These can be concrete things, like “take an art class” or vague things, like “connect with my spirit more.” The point at this moment isn’t to create goals, but to lay the foundation for what will eventually become goals through clarifying the shifts of self you want to birth over the next year.

On the “leave behind” half, write any issue you want to find closure on or release under the emotional support of the Cancerian Full Moon. This needn’t be something that leaves your experience immediately or entirely, but it’s powerful to state to ourselves, psychologically and metaphysically, that we feel ready to bring a matter to a close (and in a way that involves moving healthfully through our emotions rather than denying or avoiding them). In terms of rebirth, this is a skin (or aspects of a skin) that we hope to shed within the upcoming few months.

Next, cut the paper in half and take a photo of the “to begin” side (for use making goals later). On the Solstice, bury the “to begin” paper. As you bury this paper, imagine that your intentions are being absorbed within the earth inside of you, preparing them to grow and manifest in your life.

On the Full Moon, stand in a time and place where the moon shines visibly. Light a candle and burn the “to leave behind” half of the paper. As you do this, think about these issues flowing away from you, or visualize a skin that contains them falling off of you.