Note: how Astrology individually affects us depends on the placement of planets in our birth chart. To learn about your specific chart, I encourage you to book a session with me. Also, this article was written for the Northern Hemisphere.

This Tuesday, February 19th at 7:53 a.m. PST, we’ll experience a super Full Moon in Virgo. A super moon happens when the moon is at or near its closest orbital point to the earth. Many believe this strengthens the effects of the Moon’s astrological and magical potency. Full Moons occur when the Moon is on the opposite side of the earth as the Sun, meaning that they’re always at the same degree as the Sun, just in the opposite sign. In this case, the Sun will be in Pisces at less than one degree, with the Full Moon in Virgo at less than one degree respectively. The energies will manifest the novel, emergent versions of these signs: fresh, active, and somewhat raw.

The Sun enters Pisces the day before this Full Moon, beginning its annual journey through the last sign of this Zodiacal cycle. Where Aquarius is the zenith of enlightened individuality, Pisces is the release into the greater collective and unconscious. In terms of the life cycle, Pisces is the stage when people in illness or old age loose their hold on time and individuality and experience their deeper nature, beyond the ego. Cosmic consciousness, dreams, astral travel, visionary art – these are all within the realm of Pisces, especially to where we open to something greater than our individual perception. All the water signs are psychic, but Pisces, as mutable water, is the least individually stable and cohesive, as well as the most cosmic. Where Cancer can be likened to streams, rivers, and floods, and Scorpio to lakes, deep water, and glaciers, Pisces is the Great Ocean we all return to.

One of the main blessings and opportunities of Pisces season is the types of insights we can reach beyond our status quo: transcendental thinking, feeling, and experiencing. Pisces is also an emotional and often compassionate sign, and we may feel these qualities spiked within us during this season, perhaps feeling more empathic or having more porous emotional boundaries. It’s important in this to take care not to lose ourselves or our priorities in others or fall into escapism, which is part of the shadow side of Pisces. If we ride this wave healthfully, there’s a profound possibility to shed a skin of what we thought we were that no longer serves us, or to have transcendent experiences of consciousness relative to where we are now.

To help us do that, at least for a few days, is the super Full Moon in Virgo. Virgo, on the opposite side of the spectrum from Pisces, is highly contained, refined, and analytical. Where Pisces feels and intuits, Virgo reasons and organizes. Pisces tends to be overwhelmed by problems, sometimes to the degree of running from them, while Virgo sometimes revel in, and is nourished by, problem-solving. Virgo is adept at creating efficiency, and underlying all of this is a drive toward purification rooted in high ideals.

All the oppositions of the Zodiac are united by a core similarity. On the surface, we can say that this similarity is the shared quality (i.e. they are either both cardinal, fixed, or mutable, respectively). On a deeper level, the oppositions complete a spectrum or polarity together. Even though there is tension between them because of how different they are, there’s also some form of complement (and they are usually in elements that pair well together otherwise, like fire and air or water and earth). With Cancer and Capricorn, for example, Cancer is Mom and Capricorn is Dad. With Sagittarius and Gemini, there’s a shared passion for knowledge, albeit in different ways. With Scorpio and Taurus, there is sex, even if approached highly disparately.

Virgo and Pisces share an affinity for devotion and often, spirituality. I suspect if we performed an astrological survey of monasteries throughout history, we’d find an abundance of Virgo and Pisces Suns, Moons, and Ascendants (or people with Neptune in the first house, 12th and 6th house Suns or Moons, etc.). Virgo is the pious nun who tries to do everything right. By living under divine law in the form of religion, Virgo feels closer to the divine. She feeds on the purification, structure, and clarity of holy roles. Pisces craves none of those things, but has a profound innate connection with the divine that still draws them to the ashram and abbey, where they benefit from the containment and rigidity to help give themselves cohesion. No sign is less separated from the transcendent; none innately experiences a veil this thin. Many Piscean people don’t fare that well on the physical plane, finding the sequestration and provisions of monastic life more palatable (i.e. because monks don’t have to balance checkbooks or pay bills on time).

Pisces needs some of Virgo’s grounding, and Virgo needs some of Pisces’ openness. Together, they form a model of what we as spiritual seekers need on the path. Their spectrum, from the sixth house of service to the twelfth house of the Collective Unconscious, is the archetypal trajectory of spiritual aspiration. It’s the road upon which the Work is accomplished, the formula.

On this Full Moon, the blessings of both signs are available to us, providing an opportunity to recognize what no longer serves us, what isn’t working in our lives, shed a skin, and glimpse the transcendent. Virgo is no nonsense when it comes to analyzing where we might’ve done better in a situation, and this Moon can be used for that. Pisces will help us mine the past for impressions, as well as connect deeply with our sense of self and beyond, and Virgo will help us sort through this and arrange it in our mind. Few details and areas for improvement miss Virgo’s vigilance, and we may benefit from that this Full Moon as we reflect upon where we are in life. This is a good time to vision practically, as well as problem-solve in creative ways. 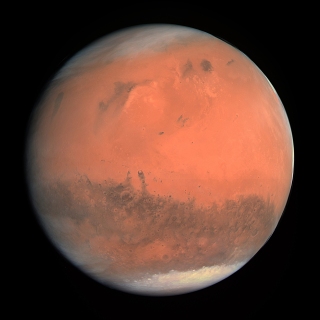 The picture of the Sun and Moon isn’t as simple as it appears above because both are currently interacting prominently with other planets. Mars is conjunct Uranus (meaning that the two planets appear close to each other in the sky, thus fusing their energy) with this conjunction supporting the work of the Sun and Moon (through harmonious flows of supportive energy via a sextile and trine, respectively). Mars has entered the slow, steady, and sometimes stubborn sign of Taurus, as it does about every two-and-a-half years, while Uranus remains in Aries until early March.

Mars in Taurus provides a sturdy energy for getting things done and knocking out each step en route to a goal. This is one of the most potent times for breaking down barriers and installing something new as an irresistible force (Mars) joins with an immovable object (Taurus). When conjoined with Uranus in Aries, we can have surges of insight into how to manifest our most authentic, powerful, and realized self in the world, and the energy of Mars to act on them. We may also recognize where we’re not currently doing that and have energy to course correct. This transit calls us to live in honor of ourselves, advocate for ourselves, and follow our individual spark or dreams – or feel the grind of Mars instead.

This is doubly so because of the relationship with the Sun and Moon, with the Sun illuminating and holding the core of our being and the Moon rising from the depths of our emotionality and unconscious. This Full Moon may be one of the most potent times of the year to connect with our deeper Self, see beyond the borders of the limitations in our life, and find ways of breaking out of them – a process that will be supported even more as Uranus follows Mars into Taurus in early March.

Take care during this transit not to act too impulsively. Listen to the magical voices singing from within, but strive to balance them against your wisdom. With Mars and Uranus in Taurus, there will be powerful opportunities for making big changes in your inner or outer life, if that’s what you want. If you’ve been waiting though – for a big change, for a leap of faith, for a new adventure that lights up your soul – now’s the time to do it. Or, to launch the process that brings it about. There are so many layers of illumination now, we need only slow down, open ourselves, and process long enough to benefit from them. Added to this is a conjunction between Mercury and Neptune, again providing us with insights, perhaps even into spiritual or cosmic topics. The veil will be so thin this Full Moon that if you’ve wanted to experiment with journey work or astral projection, this is an almost ideal time. 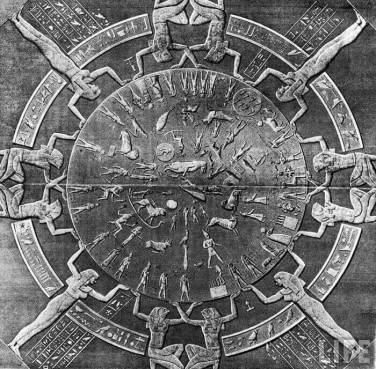 At the risk of writing a novel (and there are several important planetary events I left out for space), I also want to mention that Chiron has entered Aries, where it will remain for the next eight years. Chiron is the sign of the wounded healer, and Chiron tends to surface our wounds as it moves through the sky and is touched by other planets. Chiron in Aries is likely to bring up wounds related to our sense of self, will, and ego, so don’t be surprised if you’re more sensitive in that area as Chiron enters Aries (and later when Chiron aspects your chart or is lit up by other planets). You may find yourself called to advocate for yourself more than usual or facing insecurity head on. These issues surface for healing, and the power and ability to heal is available to you in this. The sensitivity and expansiveness of Pisces can help you find it through your intuition and higher perceptions if you don’t already feel it within yourself, which could be an extremely beneficial way to harness this Pisces season. This next eight years can provide a profound healing process from trauma for those of us who avail ourselves of it.

Otherwise, Venus is conjunct Saturn and Pluto, which may make us acutely aware of problems in our relationships or relationship habits. We may become fixated on what isn’t working in our relationships and critical of ourselves and partners. If you notice this happening, strive to keep it productive. This is also a good time to evaluate any creative projects we’re working on – just take care not to be too harsh in your criticism. As Venus hits Pluto more closely, the depths of our relationship issues may surface beyond what’s already come up. We may ask ourselves if we really love our partner, if we’re selfish, if we feel like we deserve love, etc. Since we’re in Pisces season, these emotional depths are more accessible than usual.

I drew a Tarot card for this Full Moon and pulled the Four of Swords reversed. This card often indicates a reemergence after a time of retreat or hibernation. It readily fits what’s happening now with Nature with the approach of Spring. What will sprout from within you this year, riding the momentum of Mars, Uranus, and this Pisces Season? We currently face a powerful opportunity to channel that energy with intention. How will you choose to surf this cosmic wave?