Note: the New Moon interacts with the movements of the other planets and the individual birth chart of each person. Forecasts like this will always have limited applicability because of being general. For more specific information, I encourage you to book a reading with me. Also, this forecast is for the Northern Hemisphere, and when I reference signs below, I’m writing of the pure archetypes, not people, who have an entire chart of factors influencing their personality.

On July 31st at 8:12 p.m. PST, the Leo New Moon rises, and Mercury goes direct (i.e. retrogradation ends) less than an hour later, at 8:58 p.m. PST. Though Mercury will remain in its shadow for two more weeks (keep triple checking things!), we can relax a bit and prepare to express what we’ve learned, which aligns well with outgoing Leo season and the Leo New Moon (Leo season is the time each year when the Sun is in Leo). A New Moon occurs when the Moon is on the same side of the earth as the Sun and in front of it (which is why it appears dark). In Astrological terms, this means that the Moon and Sun are in the same sign and form a conjunction, a fusion of their energies and functions. This means the Sun, our core identity – the part of us that beats our heart – and the Moon, our palette of feelings, subconscious, and unconscious, align. It’s like our two most prominent aspects of self unite to have a meaningful, candid, and productive conversation. Consequently, New Moons are powerful opportunities for gaining clarity, as well as setting new intentions. The New Moon is also a powerful time for breaking habits and patterns and looking inward, exploring the shadow and interior, as well as receiving information from our depths.

With the Sun and Moon in Leo, this New Moon brings a welcome opportunity to ride the Lion’s innate self-esteem by loving and honoring ourselves more. In the astrological cycle, the ego surges forward as planets enter Leo, wanting to shine brightly. “Look at me! I deserve attention and have things I want to say!” Immature Leo is the teenager who’s contagiously vivacious yet unflatteringly self-centered. Leo enjoys basking in its own light, but that’s insufficient. It wants others to bask too. It wants to save the day, for mostly good reasons (Leo is not malicious or cruel), but also be seen doing it. In Leo’s mature permutation, we get glowing, adept leaders, like Barack Obama, and charismatic entertainers, like J. Lo and Kate Bush.

For those of us without prominent Leo in our charts (or Aries or Sagittarius), this can be a powerful New Moon for self-advocacy. Leo is courageous, and Leo Moons will not hesitate to tell you how they feel. They also see their feelings as important. None of the “I shouldn’t bother you with this” that so many of us use to justify not making waves. They also don’t hesitate to take the lead and stand up for themselves in adverse situations. This energy can manifest externally, like in relationship dynamics, and also internally, in the emotional part of ourselves refusing to go unheard. Under a Leo New Moon, this part of ourselves seeks engagement and expression. Leo New Moons can also help us learn that’s it’s OK to put ourselves first at times, and that it’s alright to do something simply because it feels good and won’t hurt anyone.

Leo is also a sign of creative self-expression, and under this New Moon, we may feel inspired to explore and express our emotions artistically. This can include processing our emotions by way of engagement with art. Have you ever had a song or film that helped you understand yourself on a deeper level? That helped you express or explore an emotion that you struggled to even name otherwise? This is an excellent New Moon for breaking out the Joni Mitchell albums and going there. 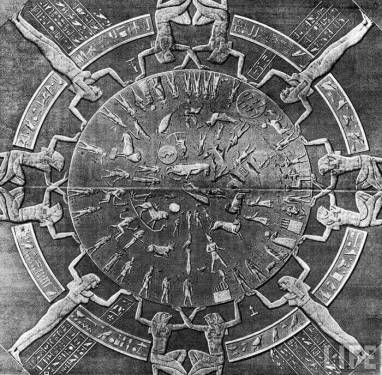 Leo season is a time to shine bright like the diamonds that we are, and to own our shine, which we all deserve to do. The Sun rules Leo, and this season is one of the most vital of the year, especially if our natal planets resonate with Leo. It’s also a potent time for performing and generosity: though the Lion loves getting attention, it also loves to give it, and it’s one of the most playful signs, which can add some enjoyable shimmer to a relationship in need of a boost. What I’ve said about the New Moon in Leo is amplified because Venus and Mars are also in Leo. As the Moon starts to wax, this is an excellent time to work magic to help us feel luminous and to grow the confidence and courage to embody and love ourselves. 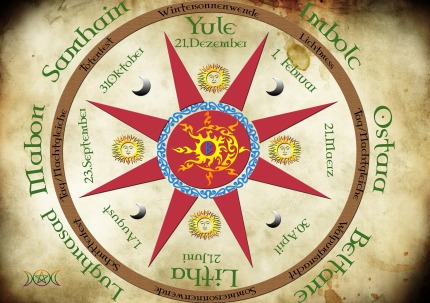 Otherwise, five planetary bodies are currently retrograde (Jupiter, Saturn, Chiron, Neptune, and Pluto), so even though Leo is an outwardly focused sign, there is powerful inward energy and processing happening now. Having said that, Jupiter goes direct on August 11, though it trades places with Uranus, which begins its annual retrograde. Additionally, Mars just formed a positive, energizing relationship with Jupiter in Sagittarius (called a trine, exact on July 25th) that could bring energy, focus, philosophical perspective, and growth-seeking power to those in resonance with it via their birth charts, sometimes all at once. There is also tension between Mars and Neptune in Pisces (exact on July 30th), which may offer profound spiritual insight or confusion, making this a key time for heightened discernment, particularly with Mercury still in its retrograde’s shadow. August 1st marks the annual Pagan holiday of Lammas, the first harvest, and an appropriate use of Leo season is celebrating what we have done so far this year (i.e. the harvest of our work, literally and figuratively, outer and inner).

We’re also coming up on a powerful trine between the Sun and Jupiter (exact on August 6th), which provides a wonderful opportunity to assert ourselves and our creative efforts – to either add energy to creating them, or to present them to others, particularly as Venus in Leo trines Jupiter on the 8th (it is building in energy toward that during the Sun/Jupiter trine, which still provides a powerful, supportive effect). This optimistic transit is likely most welcome for many of us after some tough astrology this year with Saturn, Pluto, and the South Node in Capricorn and Chiron entering Aries.

With a fading Sun square to Uranus in Taurus (exact on July 29th) and a growing Venus/Uranus one (exact on the 2nd), we may experience restless urges that incline us to act more on behalf of what we know is best for us, our core authentic self, which informs this expansive process. There was also a trine between the Sun and Chiron (exact on July 28th) and there will be one between Venus and Chiron (exact on August 1st) that surfaces wounding related to personality and relationships and provides energy for growth and healing in those areas, which can be looped into the healing processes of this New Moon.

After the bath, consider engaging in an art project that continues this reflective process. For example, writing a poem or spell, or creating some visual art. If you like to make music, perhaps do that. Part of you really wants to be heard, and during this New Moon, it has the wherewithal and ability to speak. When we make the space to listen to it, we can hear it, perhaps even inspiring significant shifts in our life moving forward.