Autumnal Equinox/Full Moon in Aries for 2018

Note: how Astrology individually affects us depends on the placement of planets in our birth chart. These blog posts assume a harmonious or non-complicated interaction between the transiting planets and a birth chart. To learn about your specific chart, I encourage you to book a session with me. Also, this article was written for the Northern Hemisphere. 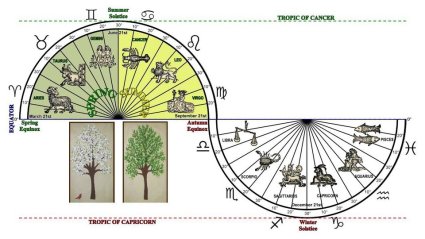 On Saturday, we’ll experience the Autumnal Equinox as the Sun enters Libra and fall begins, a day where night and day are roughly of equal length before the nights increasingly lengthen until the longest night, the Winter Solstice. On the heels of this, there’s a Full Moon in Aries in the wee hours of the 25th.

The Autumnal Equinox marks the turning point when the inward seasonal journey begins. It’s time for the metaphorical leaves to fall off the trees of our life, for us to prepare for winter. We’re embarking on a journey into our Yin nature – receptive, darker, and introverted – which increases as the days shorten in length.

When the Moon appears full, that’s because it’s on the opposite side of the earth from the Sun. Astrologically speaking, this means that the Full Moon is always in the opposite sign as the Sun (hence it being in Aries while the Sun is in Libra). Consequently, our interior, lunar journey that happens on the Full Moons moves on the opposite end of the spectrum from what’s happening with the Sun. 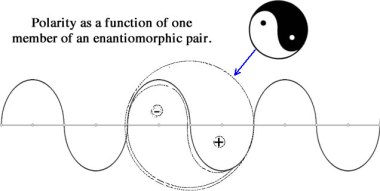 In the Yin and Yang symbol, there’s always a seed of the Yin in the Yang, and vice versa. These seeds grow until the Yin becomes Yang and the Yang becomes Yin, in an endless cycle. Astrologically, the Full Moon of each month is like the seed within the larger solar Yin or Yang. This means that while the sunlight diminishes, we find Yang resources within ourselves on the Full Moons: the self-oriented drive of Aries, the comforting stability of Taurus, the insatiable curiosity of Gemini, the domestic gravity of Cancer, etc.

The outer signs of the Zodiac – Libra through Pisces – involve our maturation with the external. We begin with relationships (Libra) and expand until we ultimately dissolve in the Universal (Pisces). During these times, the Sun calls us to let parts of ourselves bear fruit and die off, while the Full Moons energize us to work internally. To be clear, this external relates to the inward journey because it’s the external work of incrementally turning from the world as we prepare to leave it in death, which we metaphorically do each year. Also, even in hibernation, which may look passive, the internal experience is active and rich.

Libra is the cardinal sign of air, while Aries is the cardinal sign of fire. Cardinal energy is initiating and raw, like an open floodgate. There’s energy in this equinox to connect with others and undertake creative pursuits, while the Full Moon brings a more self-oriented energy. During this Full Moon in Aries, called the Harvest Moon, your emotions may be volatile, fierce, fiery, and bright, but with this, there’s a clear sense of self – what you want, what you feel. If this isn’t normally your orientation, consider allowing yourself to be with your desires in a naked, shame and guilt-free way. Aries is the newborn taking the world in with wide eyes. Solar Aries represents the courage to do, while Lunar Aries represents the courage to be – to be nakedly, unapologetically yourself. If you aren’t normally introspective or reflective, there’s energy now to initiate those habits for the coming seasons.

This Full Moon provides a powerful opportunity to consider and launch whatever intentions you have for the inward seasons: what seeds do you want to plant and tend to under the soil of your being? You can even set goals for this time related to inner work, harnessing the natural astrological energy for it. Are there inner qualities you want to develop or spaces in your consciousness you wish to explore? Are there parts of you that are ready to rest, parts that you want to nurture? How will you do this?

This equinox is also traditionally a time of harvest in the United Kingdom and many contemporary Pagan movements. It’s a time of thanksgiving for what we’ve received, as well as preparation for the upcoming winter. It’s a powerful occasion for considering how we spent the spring and summer. What are the fruits of those times? What might we do differently in the future? Libra is about balance and seeing diverse perspectives fairly, so this can be a powerful opportunity to look at ourselves accordingly, giving ourselves credit where it’s due and encouraging ourselves to try harder in areas where we didn’t show up as we’d have preferred.

In the metaphor of a human life, the Autumnal Equinox is the exact point of middle age: we’re no longer young, but we’re not yet old. Our past is rich and full, and there’s more to come. In the image of the Maiden, Mother, and Crone, the Autumnal Equinox is the Mother whose children have left home. What children have you birthed in this year? How are your crops faring? And what do you want to do now?

If you’re confused looking at this long list of interconnected transits above, you’re not alone! The Astrology right now is surreally intricate and powerful. What I can generally say about this is that so much is happening you’ll probably feel off-kilter and perhaps torn in many different directions. There’s energy here related to our core wounding surfacing as well as getting things done. There’s increased mental energy and tension between our drive to individuate in a radical way and just let the moment be. There’s energy and order brought to relationships and individuating, but also the potential for dissatisfaction and unrest amidst this. In short, there’s a lot of conflicting energy and this might be one of those times where we feel off or wild for a week or two until things settle down.

I pulled a Tarot card for the Equinox and Full Moon and drew the Knight of Swords, reversed. Knights align with Aries, the archetypal warrior of the Zodiac, and with this card reversed, I interpret a caution about overzealousness and to look before you leap. This can particularly be mental, in terms of ruminating too much, rushing to conclusions, or otherwise getting carried away. An initiating energy and forward motion is here and with us, but it’s up to us to express it in a healthy manner – to flip this card upright, as it were.

A Full Moon in Aries Ritual

Here’s a ritual for harnessing the opportunities presented by this Full Moon. Sit in a comfort place with a writing medium, under the light of the Full Moon. Leave a cup with water under the moonlight. Center yourself. Take time to connect with your deep feelings. Reflect on the last six months, since the Winter Solstice. What major events have happened in your life? What’s come to fruition? What didn’t that you hoped for, if anything? Are there any major takeaways or lessons from those experiences?

Now, begin thinking about the upcoming six months. Where do you feel called to for this inward journey? Are there any next steps you feel are important to take related to what happened during the first six months? Are there people you feel disconnected with that you want to reach out to? What are your desires right now? Try to formulate some goals for the upcoming inner journey. Keep these goals Yin in nature – this isn’t a forceful time. This is planting seeds and gardening, not building an empire.

When you have clarity around these issues and goals, document them on a piece of paper. Fold this paper up such that it fits in your hand. Hold it as you raise the cup with both of your hands, such that you’re standing under the moonlight (if possible). Imagine the moonlight’s filled the cup with the energy of the Full Moon in Aries, and drink the water down after reciting the following:

May this Full Moon’s fiery light,
Strengthen me throughout the night,
And light the way to journey inward,
As I prepare myself for winter.

Feel the power of the Aries Full Moon filling your entire being as you swallow the water. When you feel ready, ground yourself. If possible, bury the folded paper. If not, put it in a drawer and don’t look at it again until the Sun enters Aries.